About That Saints No-call . . . and Family Law

The play will always be remembered in New Orleans.  It is seared into our memory and everyone knows it was the wrong call.  The two referees six feet or so away from the action – the pass interference and an illegal helmet to helmet hit – were the only two people in the New Orleans Superdome who did not see it happen in real time…Or maybe they did. Who knows?

But here’s the thing about judging (and referees are really just judges on the field), according to a fairly recent study out of Stanford. 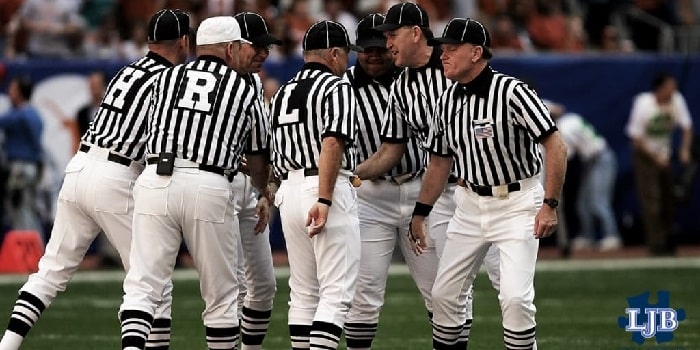 . . . a judge’s call can be swayed by the magnitude of the stakes involved.

Almost always. MLB umpires – considered the best of the best – clearly didn’t want to make a final decision. They wanted the players to decide the outcome.

But why?  The theory is because umpires are human and as such, they don’t want the responsibility of making crucial decisions with long-lasting consequences.

Perhaps that’s what happened on the field in the NFC Championship Game – the referees did not want to make a crucial game-altering decision (why they didn’t think it was the definitive right call – we’ll never know).  But we can guess the referees erred on the side of letting the players decide who would win the trip to the Super Bowl instead of making the decision.

So, what does this have to do with family law?

Because it is absolutely similar.  Judges are like referees, and when you are dealing with a divorce or child custody issue in St. Charles Parish, they have a lot of power and - no instant replay.

All judges are human. And just like MLB umpires, they prefer if you (the player) can decide the outcome instead of leaving it up to them.  Because sometimes, just like the referees in the Saints game, they get it wrong.

In St. Charles Parish divorce and family law cases, the same thing happens, and for you, and your life, the stakes are a lot higher than the outcome of some football game.

While Destrehan divorce and child custody cases are tough and filled with emotion, working towards an amicable resolution with the other player may be your best chance of winning – or at least not losing or getting shafted like the Saints.