"When he's with you, you feel like you're the only one that he's got the case on.

But I know that I'm not. But, at the time, the feeling you get is okay, it's just me and you and this is where we go from here."

Sharon filed for Social Security Disability benefits and lost.  She filed again with another local attorney.

"Didn't even met him until the day of the hearing, and I was very discouraged.

But a friend of mine recommended Loyd Bourgeois, and I gave him a call. I pointed out some things in the denial letter that he looked into and luckily he saw what I saw.

He started on my case. The feeling of comfort, like a big exhale, like I didn't have to really worry. And the more I spoke to him, the more I dealt with him, the more comfortable I felt."

Since Sharon was essentially starting the process anew, she was concerned.

"And I was really worried because I had been fighting for years. Every question I've asked he has explained it. If I didn't understand it, he would break it down where it really made sense."

After Sharon's initial approval, Loyd even pursued another case for Sharon.  One the previous attorney abandoned.

"That was one I thought that I would never be able to win, and low and behold he did what had to be done. He pointed out all the things that needed to be pointed out, and he made a very good case and we won. He really did put a lot of faith back in where I had lost a lot of confidence." 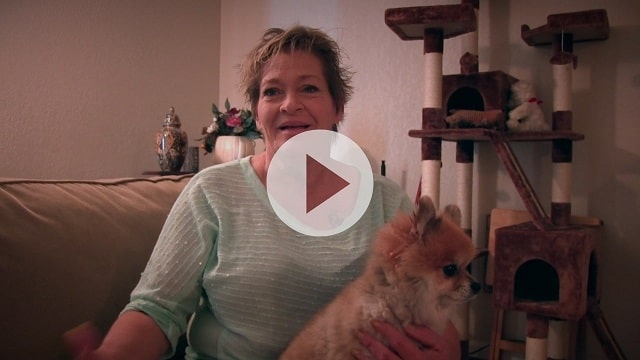