How does the assigned ALJ affect my Social Security disability hearing?

The job of an ALJ (Administrative Law Judge) is to apply the law to the facts of your case and determine whether or not you qualify for Social Security Disability (SSDI) benefits. The law is pretty developed, and Social Security has procedures on top of procedures to ensure that a consistent decision-making process is employed.

In theory, it should not affect you in any way which disability judge is assigned to your case.

However, the numbers paint a different picture.

I have compiled and analyzed statistics of the ALJs at Louisiana’s ODAR offices. These statistics were compiled by Social Security itself for September 30, 2017 through July 27, 2018. I used that information to take a look at all of the ALJs determining disability benefit decisions for Louisiana SSDI claims. I separated the information by ODAR office and sorted by the administrative law judge's approval rate from highest to lowest. The award numbers include both fully favorable and partially favorable awards.

Approval rates for three of Louisiana’s four ODAR offices came in below the national average. Alexandra at 44.8%, Metairie at 41.0%, and Shreveport at 48.7%.  New Orleans was the only office to come in above the average at 59.3%.

Approval rates for ALJs in Louisiana with at least 10 decisions range from a high of 78% to a low of just 8.9% and everywhere in between.

While there is not much you can do about the ALJ that gets assigned to your case, this information is important to know because it can impact how you prepare your claim and yourself for the hearing in front of the ALJ. For example, if your ALJ denies a large percentage of the cases heard, you may want to move for an on-the-record decision (which can be granted by ODAR staff attorneys). Or you may want to know what information will be most helpful on an appeal and focus on that issue to make sure the record is fully developed for later proceedings.

While this information provides a statistical representation of how ALJs have decided the cases before them during the reporting period, I will note that an ALJ can only make a decision based on the facts of the case in front them. What this means is that each case is different and you should not rely on the statistics provided above to determine whether or not your specific case will be decided one way or another.

A local, experienced attorney who specializes in Social Security and is familiar with the different ALJs, their personalities and their expectations can best advise you on how to proceed. If you need help with your Louisiana Social Security Disability hearing or appeal, contact SSDI attorney Loyd Bourgeois at 985-240-9773 or submit an online case evaluation 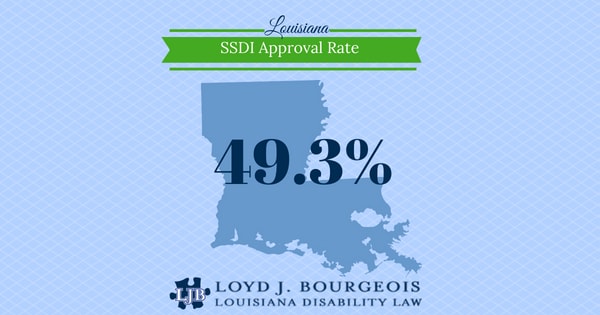 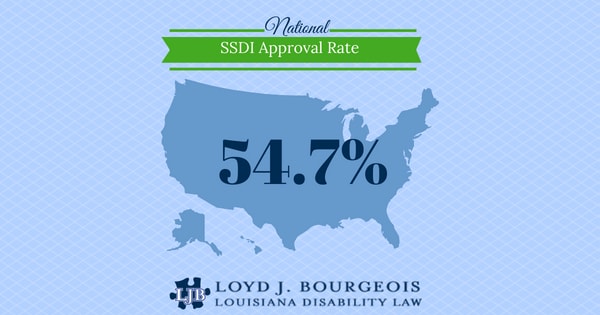