Fibromyalgia is a relatively common health condition associated with widespread sensitivity and pain in the muscles and joints.  Fibromyalgia suffers generally experience constant tenderness but the severity can change.  Other symptoms include memory/concentration issues (“fibro fog”), general malaise or not feeling well, fatigue, and gastrointestinal issues.  While fibromyalgia was described in medical literature as early as the early 1800s, it is still largely a mystery to the medical community. 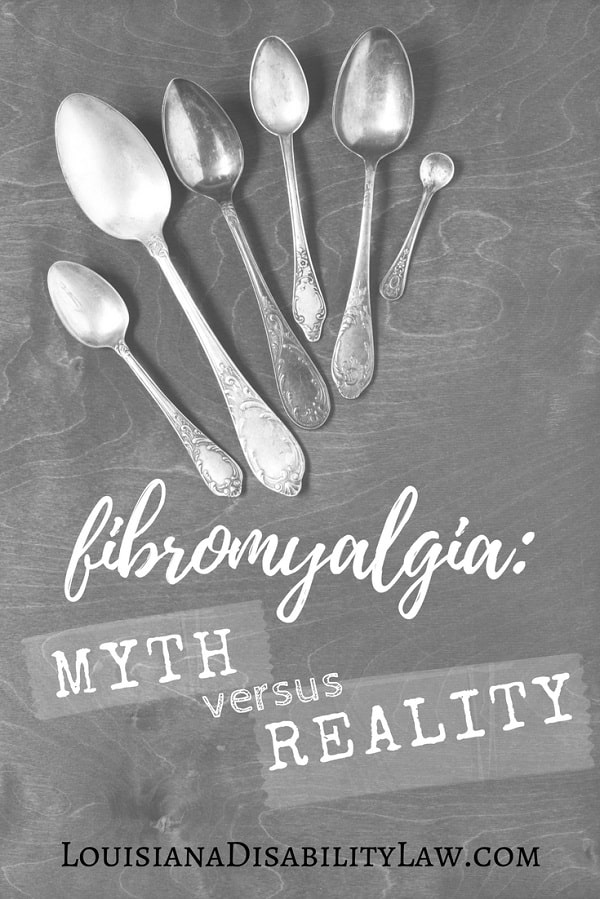 Some common myths about fibromyalgia are (1) it’s not real, (2) it only affects older women, and (3) the pain is minimal and does not really affect daily living.

While the exact mechanism of fibromyalgia is not known, it is a diffuse, complex pain syndrome characterized by patterns of muscular tenderness in the body at known trigger points.

The American College of Rheumatology has clinical guidelines on making a fibromyalgia diagnosis.

Their guidelines require an evaluation of the trigger points (19 in total), symptoms lasting at least 3 months, and no other health problem that may explain the pain and symptoms. It is certainly not a made-up disease to doctors who have studied and treated it.

The second myth is that fibromyalgia only affects older women.  While the National Institute of Arthritis and Musculoskeletal and Skin Diseases note that between 80 to 90 percent of fibromyalgia diagnoses are for women, this means a significant number of men are also affected by the disease.

Thus, fibromyalgia is not just an older woman’s disease – it can be experienced by young and old, and men and women.

Another persistent myth is that fibromyalgia pain does not affect daily life. Fibromyalgia pain can be so severe that many people simply are unable to carry on many functions of daily life. Fibromyalgia can cause other symptoms as well such as chronic fatigue, depression, headaches/migraines, irritable bowel syndrome, and morning stiffness. These symptoms along with the pain and tenderness, impact the everyday life of sufferers.

The reality is that fibromyalgia is a debilitating disease that severely limits the quality of life of those diagnosed with it.  Medications such as pregabalin, Lyrica, Cymbalta, and other are prescribed for treatment. Secondary symptoms can be treated with antidepressants and other over-the-counter pain relievers. More recently, doctors have found patients can limit symptoms with regular exercise, healthy diets and lots of restful sleep.  Many doctors also recommend aerobic exercises, acupuncture, and massage therapy.

I have seen first-hand the difficulty someone suffering from fibromyalgia has in their daily life.  I know it is a real disease and have been honored to help a few fibromyalgia patients fight for the benefits they need and deserve.