Can I file a lawsuit if I was partly at fault in a car accident? Learn about Comparative Fault in Louisiana

In some car crashes or auto accidents, determining who was at fault is easy. But, sometimes in a Louisiana car accident, two or more drivers share responsibility. In these cases, an injured driver may ask – can I file a lawsuit even if I was partly at fault in the collision?

Some examples of accidents where fault can be spread among multiple people:

Who is at fault in these cases where each party has some responsibility? What if you were injured? Can you fight for your damages?

Can I sue if I was injured in an accident that was partially my fault?

What does Comparative Fault mean?

Simply put - the Comparative Fault rule states that to the extent that someone was responsible for an accident, their damage amounts would be reduced proportionally.

For the injured and deceased parties, they would only be able to recover for that percentage of fault attributed to others, not including their employer (which falls under worker’s compensation protections).

How Does Comparative Fault work in Louisiana? 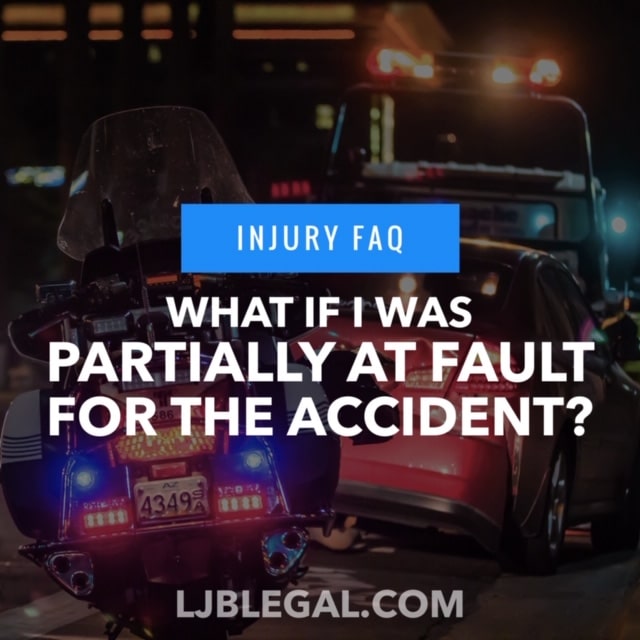 Louisiana is a comparative fault state for negligence claims.

This means that in court, a judge or jury will assess fault to each party who is found negligent for an incident.

Each party therefore only bears responsibility for their contribution to the incident.

For example, let’s say you were the driver of that speeding car that collided with the light-less truck in the above example. At the end of the trial, a jury found you were 40% at fault and the driver of the truck was 60% at fault. The jury awarded a total of $100,000 for your damages. To figure out how much you would ultimately receive, you would take the total award ($100,000) and multiply it by the fault of the other party (60%), so you would receive $60,000. You cannot recover for your own fault.

How is Your Fault Determined?

There is no hard-and-fast formula to figure out how much fault is yours and how much is others. The percentage of fault is left up to the discretion of the insurance company adjusters (during settlement) or the jury/judge (in trial).

It is important to understand that in settlement negotiations the other party's insurance company and their adjuster will try to emphasize your fault in the accidents and lead you to believe that you cannot recover damages. You need to know your rights.

In cases where your own fault is an issue, a Louisiana personal injury attorney can help advocate for a fair percentage of responsibility.

A good accident lawyer will work to minimize your fault and maximize the fault of all others, based on the evidence and the laws applicable to the case at hand.

You make the decision – will engaging a qualified Louisiana personal injury lawyer help you protect your rights and interests?

If you were seriously injured in an accident that was only partially your fault, you should probably consult a Metairie car accident lawyer.

The LJB Legal team has experience fighting for fair settlements for their clients.