When it comes to age, Louisiana has some pretty flexible marriage requirements. Mathita Gajanan of Time notes that currently, minors in Louisiana can marry with parental consent and a judge’s approval if under 16 years of age. These vague requirements have allowed instances of young teenagers marrying adults almost twice their age. In worst case scenarios, a lack of restrictions can allow sexual predators to marry their rape victims under the guise of a consensual relationship. The stress of uplifting strong southern values through marriage can unknowingly promote marriage as the “end all” solution to any relationship issue, including pregnancy out of wedlock. Marriage due to abuse, coercion, or sex/child trafficking could go under the radar without proper precautions. While a discussion of marital consent gets into a debate about the cultural significance of marriage, legislators agree that some form of limitation has to be established in order to protect minors from unlawful unions.

Finally, a minimum age of marriage has been established in Louisiana.

The Senate Judiciary C has passed Senate Bill 172 by Senator Yvonne Colomb which requires certain limitations and conditions be met for the minimum age for marriage. The bill was signed by the governor. Effective August 1, 2019, the minimum age of marriage in Louisiana will be sixteen. Legislators introduced three new restrictions on teenage marriage.  According to Bill SB 172, a minor under the age of sixteen can not marry, but a minor sixteen or seventeen years of age is “fully emancipated by marriage” and may contract it with a person of the age of majority where there is an age difference of fewer than three years. A minor sixteen or seventeen years of age, however, “may not enter into a matrimonial agreement without judicial authorization and the written concurrence of his father and mother, or of the parent having his legal custody, or of the tutor of his person.” The focus of this bill is to prioritize the minor’s best interest. Bill SB 172 states that during an on-camera interview with the applicants, “the judge shall conduct an inquiry to determine if there exists any evidence of human trafficking, sexual assault, domestic violence, coercion, duress, or undue influence”. If evidence is found, the judge “shall immediately report it to local law enforcement or child protective services, and shall not authorize the marriage”. New requirements and limitations on marriage will better ensure the marriage agreement is consensual.

Of course, there are some opposed to the thought of placing any limitations on marriage. After all, Louisiana has upheld loose marriage laws for years. Bill SB 172 went through many revisions before it was passed by both chambers of government. Representatives opposed to the bill often cited evidence of happy couples who married young and maintained strong, healthy relationships years later. There was much debate on both sides. Lafayette Republican Rep. Stephanie Hilferty believed minimum age requirements kept “teenagers from marrying sexual predators, citing marriages of teenagers to people decades older.” Meanwhile, New Orleans Republican Rep. Nancy Landry approved of consensual sexual relations between 16-year-olds and the benefits marriage would provide them and their future children. Luckily, a draw was made, and Louisiana agreed on a marriage bill that would protect future children from the dangers of a non-consensual union. 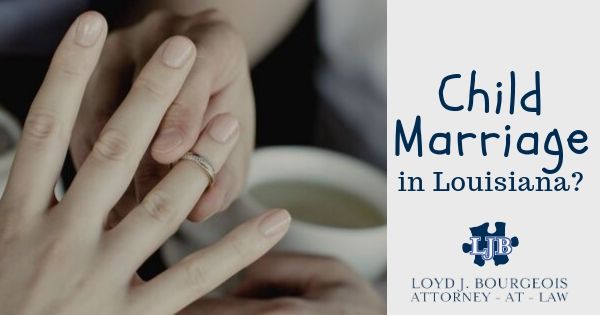 Marriage is a serious step in a relationship that brings new challenges and consequences to its potential applicants. Our firm believes in not only, the virtues of marriage, but also the legal protections of those involved. When you enter a marriage on the wrong terms, it can be a pain to get out. To take some of this burden away, we have constructed a resource. 16 Sensible Actions to Help You Plan and Prepare for Your Divorce​ is a FREE book to help you get through the divorce process, no matter your situation. In this guide, you will learn how to untangle your identity from your spouse, stay ahead of the game during custody battles, and effectively save money for emergency situations.

Don’t let one mistake ruin everything you worked for. Protect your future by downloading a free copy of 16 Sensible Actions to Help You Plan and Prepare for Your Divorce and calling the team at LJBLegal at 985-240-9773 to set up a consultation. 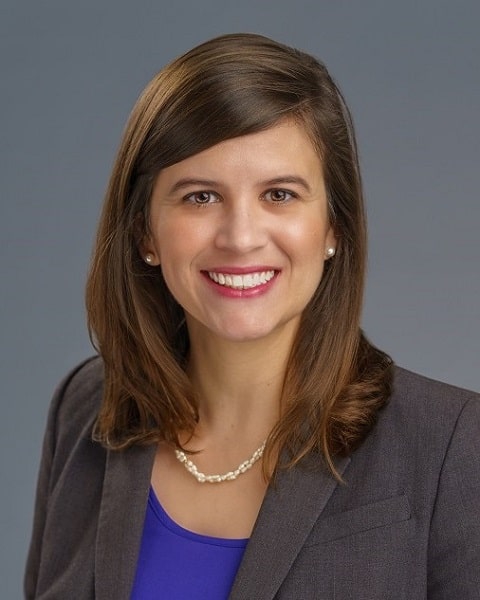